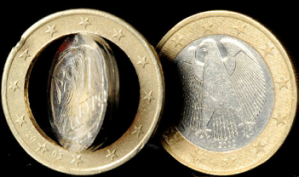 At the beginning of September, President Sarkozy and Mr. Cameron, Prime Minister of the United Kingdom, visited Libya. For better or for worse, France and the United Kingdom will remain intrinsically linked to the Libyan conflict. On another level, European institutions have grown largely ineffective with regard to the Syrian quagmire. Restrictions and sanctions have been implemented through decisions taken by the Council of the European Union, with the last round of sanctions implemented on the 14th of November. 2011. Banning arm sales and imposing travel restrictions and asset freezes to a very limited number of regime officials, does not send a message of strength and determination from EU officials. These two tendencies present a clear dichotomy: the end of the twentieth century and the beginning of the twenty first was represented by an increased presence of the EU in the broader region through the development of its European Neighborhood Policy. Recently, this mindset has diminished, with national governments slowly retaking their share of foreign policy independence. Amidst the worst political and economic crisis the EU has known since its inception, national interest, both domestic and foreign, is forcing its way back into the game.

As the survival of the EU is at stake, the main institutions and mechanisms will devote less of their budgets to foreign investments. The primary objective is now to stabilize the internal market and safeguard a relative strength of national governments and EU institutions. Furthermore, the daily preoccupations of European citizens are almost exclusively centered upon their economic well being, consequently limiting their elected officials’ capabilities in developing important foreign policy maneuvers. Moreover, technocrats not linked to popular elections are starting to take over governments with a special target provided and requested by international financial institutions and supranational bodies. This last point is essential as the governments of Italy, Greece and to some extent Belgium, are now led by economic ‘technicians’ appointed to steer the economies back on the right track. European foreign policies, up until now linked to the willingness of many member states to engage in consensual international action, are weakened as a result of the necessity to focus on internal economic austerity and integration.

In a moment when the core treaties of the EU are being questioned, the following issues are raised: what does this present situation imply for the EU’s Arab neighbors? In a region rocked by the ups and downs of the Arab Spring, how will the EU’s relative absence from the conflicts be interpreted?

In the short term, the relative disengagement of EU institutions from the Middle East does not come as a surprise. The EU has rarely acted in a united way regarding international matters. The shock created by the 2002-2003 lack of coordination while facing the Iraqi crisis underlined a reality: while dealing with the Arab world, the EU will remain an aggregate of competing interests and not the area of common goals it describes itself to be.

If political unity towards the Middle East has never been a point of strength of the EU, its institutions have nevertheless developed a number of key partnerships in different technical fields with their Arab counterparts. A pertinent example of such cooperation may be found in Erasmus Mundus project which has been expanded to North Africa and the Gulf countries. Since 2009, European universities and their Arab partners in the six GCC states have been working on building closer institutional ties with the objective of creating common bachelor, master and doctoral programs. This has been started under the patronage of the EU through the delegations of the EU in the Gulf. Such a policy outreach is an example of programs which will in the long term suffer from reduced budgets and recalibrated interests. Scholarships and grants will be reduced thus diminishing the overall success of these operations. In this regard, the current crisis of the EU will slow its efforts to participate in the development of higher education or other social fields in its direct neighborhood.

Over the coming years, the EU will lose its institutional attraction as the stability of its economic and political structures will further be questioned by its regional partners. Because of this, its image as a normative power will largely suffer. This aspect of the relation with its regional neighbors will leave a normative vacuum. One may think of the different Action Plans the EU provides its partners with while enacting its neighborhood policy. The section of political reforms and social freedoms is a key to relations with the EU, but if Arab countries do not consider the EU as a valuable asset any longer, bilateral deals with single governments will retake the front stage thus limiting the question of expanding the respect of human rights and human freedoms. The treaties between Italy and the Qadhafi government were examples of such fallacies. A defense deal made between the German government and the Saudi royal family further highlights this case, as hundreds of Leopard tanks have been sold to the Kingdom in the Spring of 2011, a contract which goes against some fundamental European policies of selling weaponry to states that may use it for crowd control purposes.

In a period of budget cuts, institutional weakness and inward oriented government, the relations between the EU and the Middle East are likely to have a lesser importance than state to state cooperation and partnership. In the defense and security fields, the expectation gap concerning the EUFSP project is likely to grow, and the over reliance on NATO will shape the defense structure in the Mediterranean for European states and their partners. Economically, the EU remains a valuable partner but as recent Qatari investments have shown, the interest by wealthy Arab economies is in single states and private enterprises, and not in large crippled European bureaucracies. Perhaps the major change will result from the decrease of the EU role in promoting socio-political reforms and encouraging change in its neighborhood. In the wake of the unfinished Arab revolutions, a return to state-to-state realpolitik may render conditional the development and promotion of social justice and democracy in a region that is still rocked by large popular unrest.