The Syrian National Council Versus the Goons of Skepticism 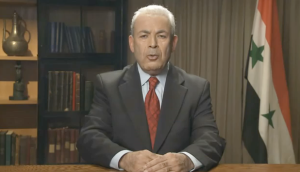 It’s been eight months now since the start of the Revolution in Syria, and much has yet to be done. Lousy diplomacy and trivial politics have so far cost thousands of people their lives, not to mention the tens of thousands currently locked up in the despicable jails of Bashar. Yet, there is hope. The final formation of the Syrian National Council last month was crucial for the survival of Syria’s battered revolutionaries. With no resources at its disposal, and skepticism haunting its every move, the SNC has defiantly, albeit slowly, been able to muster up support for its quest to dislodge Bashar al-Assad’s regime from power and pave the way for democracy in a country that has known darkness for over forty years. Just last Friday, the Arab League made some headway by threatening to suspend Syria’s membership if the regime does not halt its ruthless repression. The suspension of the regime’s membership would no doubt represent a game changer for the seemingly endless Syrian Revolution. END_OF_DOCUMENT_TOKEN_TO_BE_REPLACED