The Underside of Revolution

The passing of two years since the beginning of the January 25 Revolution, has done nothing to diminish the ardor of its obstinate partisans. What started as an adjuration for increased rights, dignity, and other such claims of modest, albeit essential substance, has in the course of two tumultuous years, been lost to a cacophony of superseding contradictions bereft of meaning and direction. The nonviolent revolution that came to mark the coming of age of the peoples of the Middle East and North Africa has undergone, in many cases, a severe metamorphosis. The contradiction and evolution lies in the shift from a historicist paradigm to one devoid of trajectory and vice versa, or the simultaneous confusion of both.  END_OF_DOCUMENT_TOKEN_TO_BE_REPLACED 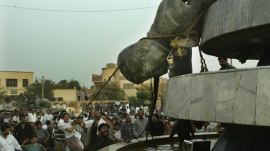 Like any spring, the so-called Arab one has had a rise and a fall. Written analyses of every variety from magazine articles, to a burgeoning academic literature on the subject have made reference to the fall of regimes, the fall of leaders, of political parties. What is more, this language of a fallen something, is every bit as prevalent in the diverse oral accounts that are being recited from coffee shops to conferences. END_OF_DOCUMENT_TOKEN_TO_BE_REPLACED

The Saudi Arabian Porcupine and the Spring in the Desert

In the course of the first weeks of autumn, the Kingdom of Saudi Arabia went through a number of events which largely altered its perception of the regional strategic balance.  On October 8th President Ali Abdallah Saleh stated once more he would leave power in ‘coming days’ amid further protests and violence in Yemen. On October 12, an alleged terrorist plot lead by Iranian secret agents was unfolded in Washington as a hit squad was preparing the assassination of Adel Al Jubeir, Saudi Ambassador to the US. On October 21st President Obama declared that all US troops will be leaving Iraq by January 2012, thus leaving the Iraqi armed forces as the only responsible for the sovereignty and security of their country. On October 22, Sultan Bin Abdul Aziz Al Saud died. At the age of 80, he had been the longest serving minister of defense and Crown Prince since 2005. END_OF_DOCUMENT_TOKEN_TO_BE_REPLACED

Interview: Anthony Shadid on the Political Reconfiguration of the Middle East (Part II)

This is the second part of an interview conducted by Shereen Dbouk with Anthony Shadid in Beirut, on the 2nd of November, 2011. Click here for the first part of the interview. END_OF_DOCUMENT_TOKEN_TO_BE_REPLACED

Interview: Anthony Shadid on the Political Reconfiguration of the Middle East (Part I) 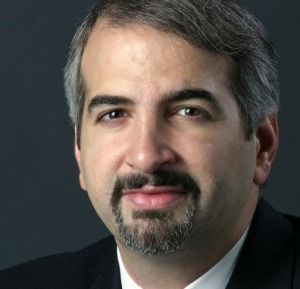 Anthony Shadid is the Beirut bureau chief for The New York Times. Before joining the Times, Mr. Shadid served as the Baghdad bureau chief of The Washington Post. Over a fifteen-year career, he has reported from most countries in the Middle East and broader Arab world. Anthony Shadid was awarded the Pulitzer Prize twice, in 2004 and 2010, for his coverage of the war in Iraq. In 2007, he was a finalist for the same prize for his coverage in Lebanon. Anthony Shadid is also the author of two books, “Legacy of the Prophet: Despots, Democrats and the New Politics of Islam,” (2000) and “Night Draws Near: Iraq’s People in the Shadow of America’s War” (2005). This interview was conducted by Shereen Dbouk in Beirut on the 2nd of November, 2011. END_OF_DOCUMENT_TOKEN_TO_BE_REPLACED

Erdogan’s New Doctrine: How the Turks Finally Got it Right

Since the AKP’s arrival to power in 2002 under the aegis of Recep Tayyip Erdogan, Turkish foreign policy could be best described as being schizophrenic. For a country situated at the crossroads of history’s ever-changing geopolitical fault lines, such a characterization is far from extraordinary. The Ottoman Empire, from its birth, its various metamorphoses, and its eventual demise, never once ceased to bear witness to the constant evolution of its neighbors on every front of its borders. Once the primary catalyst of change, the Sublime Porte, in the last few centuries of its life, quickly became a victim to external pressures and political seismic shifts. Today, the Turks appear to have finally gotten their act together in terms of developing a coherent and effective foreign policy. This though was the result of a long process marked by years of trial and error. END_OF_DOCUMENT_TOKEN_TO_BE_REPLACED

Michael Young is one of the leading political analysts in the Middle East and broader Arab world. He is the opinion editor of the The Daily Star (Lebanon) and the author of The Ghosts of Martyrs Square: An Eyewitness Account of Lebanon’s Life Struggle. He also tweets @BeirutCalling. In light of recent developments in the region, ArabsThink.com has had the opportunity to interview Michael Young about his take on events. The interview was conducted on the 9th of August 2011. END_OF_DOCUMENT_TOKEN_TO_BE_REPLACED