Human Rights and Syria: An Original Position for the Gulf? 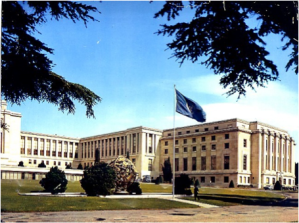 On February 29, the UN Human Rights Council (HRC) adopted by an overwhelming majority a resolution condemning the flagrant violations of human rights in Syria. Regardless of the fact that the HRC cannot generate legally binding resolutions, the move of the council must be read as a major step forward in the international push to limit Bashar al-Assad’s ability to further wage war on his own population. Kuwait, Qatar, Turkey and Saudi Arabia have been instrumental in drafting and garnering support for the resolution. The Syrian crisis represents the first event in Middle Eastern recent history in which local Arab powers, along with Turkey, openly take a position and lead the way in denouncing crimes committed by an Arab government against its own population through a UN resolution.

The resolution voted in Geneva had been watered down to assure large international support. Regardless of its limited scope, it uses strong language to articulate the international community’s denunciation of crimes committed against civilian populations in Homs, Idlib and Deraa. The resolution states that the HRC: “Strongly condemns the continued widespread and systematic violations of human rights and fundamental freedoms by the Syrian authorities”. The last articles of the resolution provide the UN HRC and the General Assembly with a possibility to further work on the Syrian events as article 8 of the resolution closes the document with the following words: “Decides to remain seized of the matter and to take further action on the situation of human rights in the Syrian Arab Republic.”

Critics assert that the Gulf monarchies are using the Syrian crisis to increase their regional power. With a possible fall of Assad, or at least a curtailing of his influence, Saudi Arabia would see its sphere of influence increased. Assad’s regime represents the link between Iran and Hezbollah in the ‘resistance’ axis, mainly acting as a conduit for funding and arms to reach the Shiite militia in Lebanon. Regime change in Syria would certainly provide the Sunni monarchies with a stronger foothold in the Near East. Saudi Arabia in particular has a history of tense relations with the Syrian Baath regime. A stronger Sunni middle class in Syria and a weakened Hezbollah would be seen as a strategic success for Riyadh. Reconstruction funds, investments and religious proselytism are the tools by which Qatar and Saudi Arabia could expand their presence and influence in Syria.

Regardless of these critiques, the February resolution marks a new era in regional affairs. By adopting the human rights norm, the council recognized that some situations require unequivocal international condemnation. It certainly can be argued that the GCC is paying lip service to human rights in order to promote its regional interests, but the results of such actions are unequivocal: in the case of Syria the international community in its great majority is ready to denounce with one voice blatant human rights violations. There certainly is a long history of proxy wars being fought in the Near East and the Gulf. From Yemen to Lebanon passing through Iraq, regional powers have used militias and armed groups to advance their agendas. Syria would present a fertile battleground for the lingering tensions between the Gulf Monarchies and Iran. By pushing for a diplomatic resolution of the conflict, Kuwait, Saudi Arabia and Qatar, present themselves as uninterested in repeating an Iraqi scenario. As Qatar called for armed intervention and Saudi Arabia is allegedly providing rebels with smuggled weaponry, the diplomatic solution remains the preferable one to all parties as an implosion of the Syrian crisis would have long lasting effects on the peace and security of the Near East and the Gulf.

Calling for an immediate cessation of criminal actions against the civilian population and for the guarantee of minimal human rights is a novelty in inter-Arab affairs. Regional powers grasp the risk of an all-out Syrian civil war. Reports and scattered information indicate that Saudi Arabia and Qatar may be smuggling weapons toward Syria; it remains unquestionable that the first and preferable option for the two Gulf powerhouses remains diplomatic pressure against the Syrian regime. Active lobbying by Kuwait, Qatar, Turkey and Saudi Arabia has lead to a second UN resolution in two months denouncing the daily massacres that are taking place in Syria – the first one having been adopted by the General Assembly on February 16th (Resolution 11207).

Detractors insist that Saudi Arabia and the other Gulf states are in no position to call for the respect for human rights in Syria, as they themselves are persistent human rights violators. The GCC military intervention in Bahrain in support of the royal family against the local protest movement further tarnished the credibility of Gulf monarchies during the Arab uprisings that started in Tunisia. If it is clear that political and social reforms must be implemented by the GCC states, one cannot overstate the necessity for a strong Arab voice in the midst of regional turmoil. With Egypt undergoing profound political changes, Iraq struggling to maintain a semblance of stability and other countries simply trying to weather the storm, the role of the Gulf states and Turkey is becoming essential to the region.

On a separate note, lobbying for resolutions aimed at an Arab state and using a strong human rights-oriented language creates a precedent. In the future, the Gulf monarchies will need to pay more attention to the way they react to internal issues as regional adversaries and the international community may have adopt the same strategy towards them.

The choice by Saudi Arabia, Kuwait and Qatar to adopt diplomatic language oriented toward the defense of human rights represents a shift in their respective foreign policy discourses. Having a relative position of power gives major regional responsibilities to the Gulf monarchies. International success in Syria will be measured by the number of lives that can be saved, and for this, sooner rather than later, further action will need to be taken by Arab states and the international community.

One response to “Human Rights and Syria: An Original Position for the Gulf?”