Erdogan’s New Doctrine: How the Turks Finally Got it Right 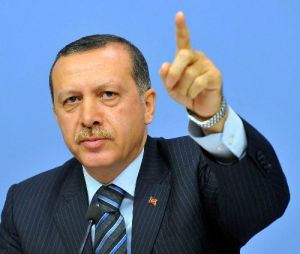 Since the AKP’s arrival to power in 2002 under the aegis of Recep Tayyip Erdogan, Turkish foreign policy could be best described as being schizophrenic. For a country situated at the crossroads of history’s ever-changing geopolitical fault lines, such a characterization is far from extraordinary. The Ottoman Empire, from its birth, its various metamorphoses, and its eventual demise, never once ceased to bear witness to the constant evolution of its neighbors on every front of its borders. Once the primary catalyst of change, the Sublime Porte, in the last few centuries of its life, quickly became a victim to external pressures and political seismic shifts. Today, the Turks appear to have finally gotten their act together in terms of developing a coherent and effective foreign policy. This though was the result of a long process marked by years of trial and error.

The circumstances under which the advent of a modern Turkey occurred, differed little from those of its colossal predecessor’s downfall. In effect, the modern Turkish state was the result of its founder, Atatürk’s, attempt to salvage the little that was left from the crumbling empire. For close to 80 years, Turkey slumbered regionally. Its existence was limited to internal and esoteric political performances, with seldom-international appearances.

AK-Party’s election in 2002 marked a new era in Turkish foreign policy and interests. After years of haphazard diplomacy, Turkey’s new rulers seemed adamant on the idea of hopping on board a constructive project that would free the country from close to a century of international lethargy. However, AKP’s fledgling diplomatic apparatus prevented its visionaries from getting too creative. At the time, Turkey’s tropism was the European Union. Atatürk’s European-inspired legacy had never reached its apogee, and Erdogan thought he would be the man that would finally integrate the Turks into the EU.

When that project failed to bear fruit, AK-Party’s natural alternative was the elaboration of a policy more in sync with that of its regional neighbors. Spearheaded by Foreign Minister Davutoglu’s notion of Neo-Ottomanism – or the idea that Turkey should re-engage with former regions of the Ottoman Empire – a new Middle East policy was laid out. Based on economic exchange, political rapprochement with the regimes of the Arab world and Iran, and the slow liquidation of Turkey’s alliance with Israel, Erdogan set out on an adventure to hop on board the Middle Eastern political status quo.

When 2011 came along, most Western states that had gambled all their stakes on authoritarianism in the region chose at first hand to side with the regimes in place. Turkey was no different with this regard. Having invested heavily with Bashar al-Assad and Muammar Qadhafi, the Turkish Premier was reluctant, from the very beginning, on calling for regime change and supporting the revolutionaries. Erdogan, which had based his entire Mid-East policy on the existing status quo, found himself facing a conundrum head-on.

Turkey’s initial stance on the Arab Spring was one of great caution. Domestically, winning the general elections of June 2011 constituted the political priority of the leading party. The Prime Minister was careful not to position himself too drastically on the new developments of the region, as any other sudden shift in foreign policy could have easily backfired. In Turkey, while the government and pro-AKP elites may now regard their geographical neighbors as their new natural associates, a large part of the population remains convinced that Turkish identity is linked to a European historical trajectory. On an international level, calling for Bashar al-Assad’s premature departure could have isolated Erdogan, as the policies of the United States, France, Britain, and Saudi Arabia were still focused on the implementation of reforms rather than on regime change itself.

Two important developments marked the third week of August: Saudi Arabia and the West’s call for Assad to step down, and Tripoli’s symbolic fall at the hands of the Libyan National Transitional Council. The former resulted in Bashar’s complete isolation from the Western world, whereas the latter served to legitimize NATO’s intervention in Libya. Turkey, which had played a low-key role in Libya and seemed apathetic towards the shifting positions of the West vis-à-vis the Syrian Revolution, found itself completely out of the international loop. Erdogan’s choice to pursue the status quo, rather than seeking to play an active and independent part in the Middle East, did little more than unveil the reality of Turkey’s limited influence in the region.

September 2011, in many ways, marked the beginning of a paramount evolution in Turkish foreign policy. Erdogan’s firm and severe condemnation of Bashar al-Assad’s massacres, his willingness to go through with the NATO missile shield despite risking to upset relations with Iran, and the escalation of his war of words with Israel, in which he has announced a military escort of a future flotilla to Gaza, has placed Turkey at the heart of Middle Eastern politics. Moreover, Turkey appears to be, for the first time since the Ottoman Empire’s pinnacle, the power that will shape the future of the region’s political landscape.

Regionally, Turkey’s new positions will serve to challenge the authoritarian mechanisms that have held the Arab regimes together for decades. By condemning violence and calling for regime change, and choosing to push for diplomatic calamity with Israel, Erdogan has set out to reconfigure the existing state of affairs in the political realm of Arab states. Traditionally, the most widespread tactic used to legitimize dictatorships in the Arab world has been the Israeli-Palestinian conflict. Today, with Turkey constituting the only actor that is tangibly challenging the Jewish state, while pursuing a policy of animosity towards the Assad dictatorship, and to a certain extent Iran, the main legitimizing pillars of these regimes are undermined. Erdogan’s dual support of the revolutionaries and Palestinians, strips Arab autocrats from their anti-Israel rhetoric, and links the pro-democracy movements to the Palestinian cause. This in turn allows for a new axis to emerge that does not place the two political positions in contradiction to one another.

Erdogan’s “Arab Spring tour” set to start today heralds a new doctrine that is being laid out by the Prime Minister. Up until now, most of Turkey’s regional escapades were limited to economic exchange, with the AKP preferring to remain politically prudent in its rapports with regimes. The audacity of Erdogan in the coming days, and the consequences of the positions he will outline, should reveal the true scope of Turkey’s new influence in the changing region. Notwithstanding years of trial and error, it finally seems like the Turks have got the Arabs right.

5 responses to “Erdogan’s New Doctrine: How the Turks Finally Got it Right”